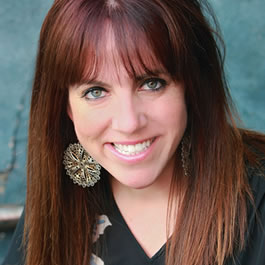 Holly is a true philanthropist at heart, serving as a current Board Member for Community Works, Storytelling Guild, and the Hillcrest Committee, as well as a past Board Member for the Craterian Theater, Hearts & Vines Foundation, and the Junior League of Jackson County. She is also a long-time volunteer for Southern Oregon Sparrow Clubs and the Children’s Ministry at Grace Point Fellowship. She has previously volunteered for the Special Olympics of Oregon and was on the Leadership Council for SMART — Start Making A Reader Today. Holly has also been a Court Appointed Special Advocate (CASA), volunteering with the juvenile court to find safe and permanent homes for abused children.

In her down time (!), Holly enjoys running, wake surfing, snowboarding, traveling and spending time with her family and friends – including her beloved four-legged fur baby, Gracie, a lovable Labradoodle. Holly is a two-time contestant in Dancing with the Rogue Valley Stars, where she ultimately won the coveted mirror ball trophy — and helped raise a record-breaking total of more than $40,000 for the Southern Oregon Sparrow Clubs.

For more than 12 years, Holly Roberts has been the Executive Assistant to Stephen Gambee, President and CEO of Rogue Waste. She also coordinates with third party consultants, and assists with project management by serving as a client liaison. For the past three years, Holly has taken on the additional responsibilities as Brand and Marketing Manager, where she serves as the internal project manager, coordinating between key Rogue staff members and the outside marketing team. In this capacity, she has ushered in a major corporate-family-wide brand refresh that includes multiple new websites, print materials, advertising and social media.